UPDATE 01/07/21: Apple has released the second version of the iOS 15 Developer Beta 2 and this time it weighs a whopping 4.84GB on our 2020 iPhone SE. The update contains some major bug fixes. Along with that, the Public Beta 2 of iOS 15 is also now live, and here’s how to install iOS 15 Beta software. The release notes of the new releases are here. 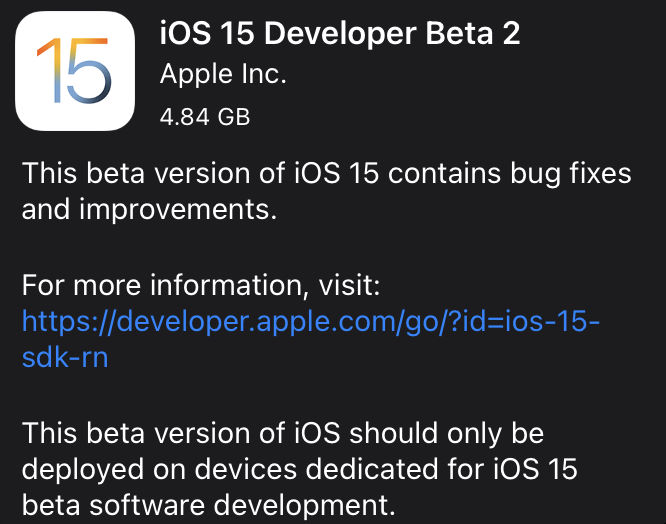 ORIGINAL 25/06/21: The iOS 15 and iPadOS 15 Developer Beta 2 were released on Friday by Apple. This new update comes in after a little over 2 weeks since the first developer beta release. The new update is sized at 1.33 GB for our 2020 iPhone SE. The changes, improvements, fixes, and notes for the update are all detailed by Apple here.

On an important note, the Wi-Fi + Cellular variant of the 9.7″iPad Pro is not compatible with iOS Developer Beta 2 as per the release notes. Although the reason has not been given, we feel due to some major issue, Apple decided to not include the specific model of iPad Pro this time. If you are currently testing iOS Developer Beta 1, head over to Settings > General > Software Update to check for the new update. 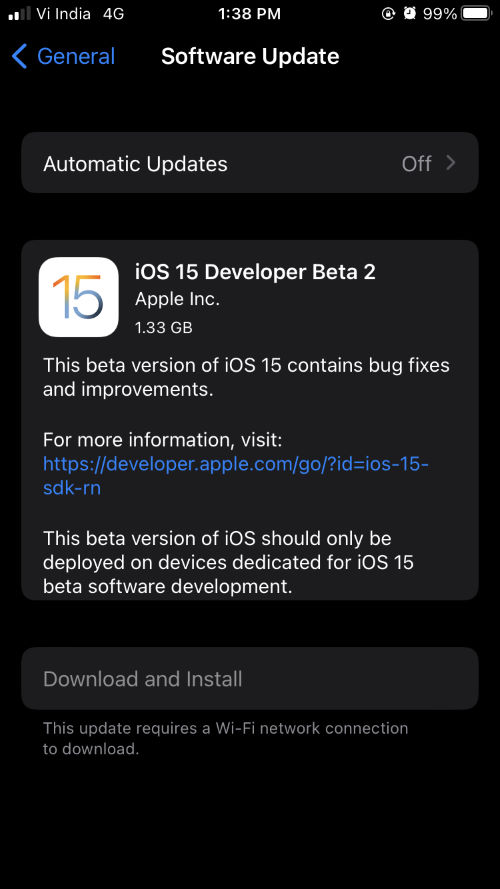 We’re yet to install this new version of the developer beta yet. Speaking of which, well update ur device and see what’s with the performance in the update. Reports suggest that there is a significant difference in device responsiveness and overall speed throughout the UI. Thank you for reading.