How to install iOS 15, iPadOS 15 Developer Beta for free

Apple outed iOS 15 and iPadOS 15 on Monday with new changes and additions to the operating systems. We felt the update to be more of an iterative kind rather than an overhaul. Do you want to try the Beta release of the new software update? Well, Apple has rolled out the Developer Beta for registered developers ($99/yr.) with Public Beta to go live in July.

However, fret not, you can try the Developer Beta free of cost. Yes, you read that right, even if do not have a developer account you can enjoy the iOS and iPadOS 15 before public beta testers. Folks over at BetaProfiles.com have the developer beta profiles up for download and we have linked both profiles in this guide.

PhoneGlide is not responsible for any damage that may occur from using the Developer Beta profile obtained via websites other than Apple. We recommend all users patiently wait for the free and official iOS 15 and iPadOS 15 Apple Public Beta Software Program to go live in July. Follow this guide at your own risk! 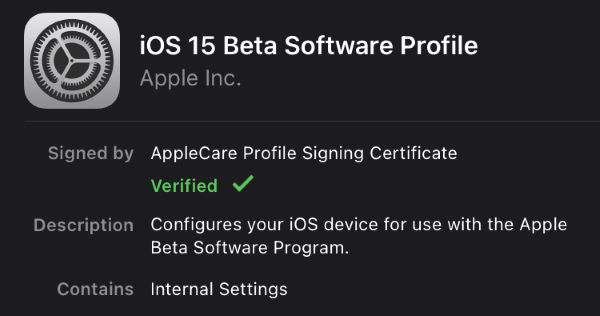 Back up your iOS device!

Please make sure to back up your iPhone or iPad via iTunes before attempting to install a software update especially any beta or pre-release software.

NOTE: If the iOS and iPadOS 15 Beta Software is not available in Software Update, restart your device and check for updates again.

RELATED: The full comprehensive guide to download and install iOS and iPadOS 15 Beta.