Ever since the official, iOS 15 has been littered with bugs and niggles for users out there. The Unlock with Apple Watch was one of the many problems faced by users with the shiny new iPhone 13 and iPhone 13 Pro. Though Apple fixed it in iOS 15.1 Beta 2, now it’s time for the general public to get the fix. As in, iOS 15.0.1 is out for all. 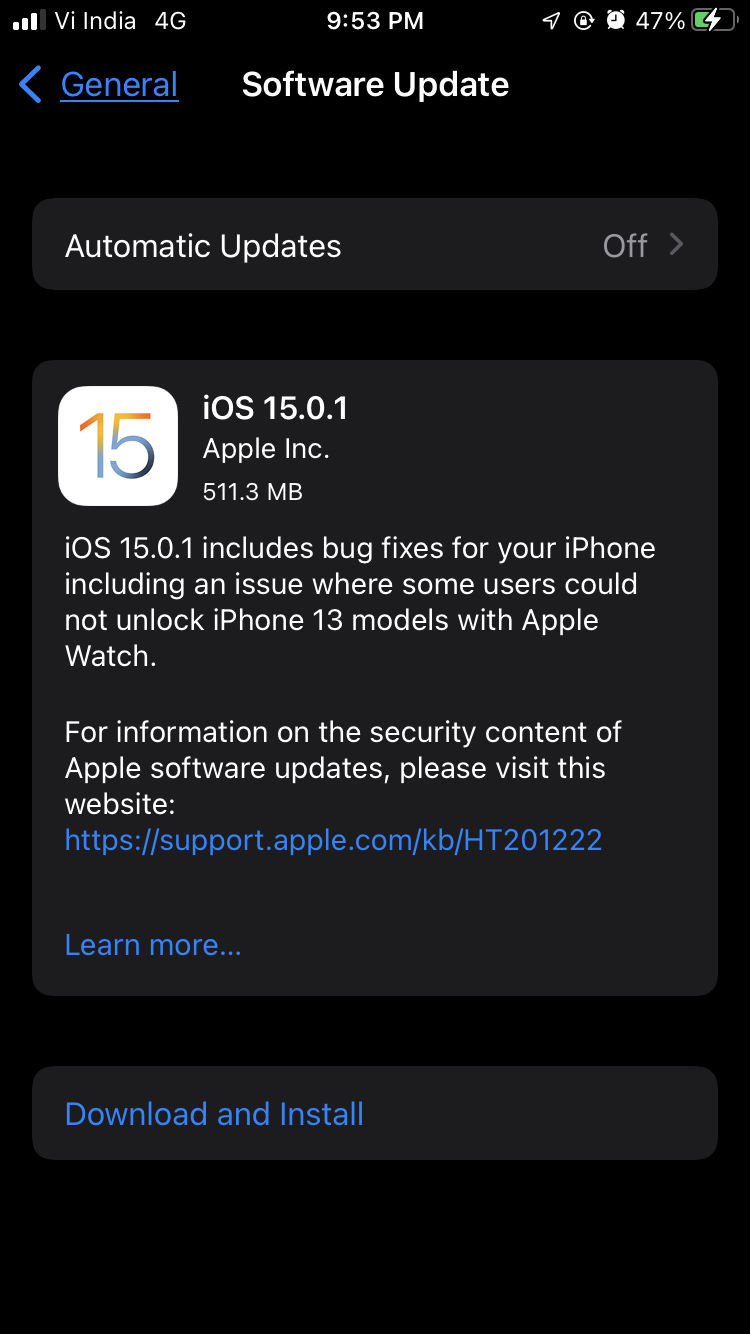 A lot of users also faced weird storage full warning along with touch issues (on our 2020 iPhone SE too) and general performance-related hassles. The new update puts all the annoyances to an end (unless issues still persist! Do comment down below if problems are found).

According to Apple, there is also a fix for audio workouts on Apple Watch for Fitness+ subscribers, The size of the update is just 511.3 MB (device dependant).

To update your iPhone, go to Settings > General > Software Update and wait for the new version to pop up in a few seconds. Also out is iPadOS 15.0.1 again with bug fixes and improvements.