As August is coming to a conclusion, so is the official general release of Apple‘s latest and greatest iOS 15 nearing as we have the Public Beta 7 here. The new beta release focuses on polishing the user experience by ironing out bugs and niggles. So far upon usage, we definitely felt our device to be much smoother especially the UI animations. Also, the battery life has improved quite a bit.

However, we still have to see if the unnecessary background drain has been fixed or not. We hope it has been fixed for the good. The update weighs in at 599.2 MB on our 2020 iPhone SE. You can view the official release notes here. To check for updates, go to Settings > General > Software Update. 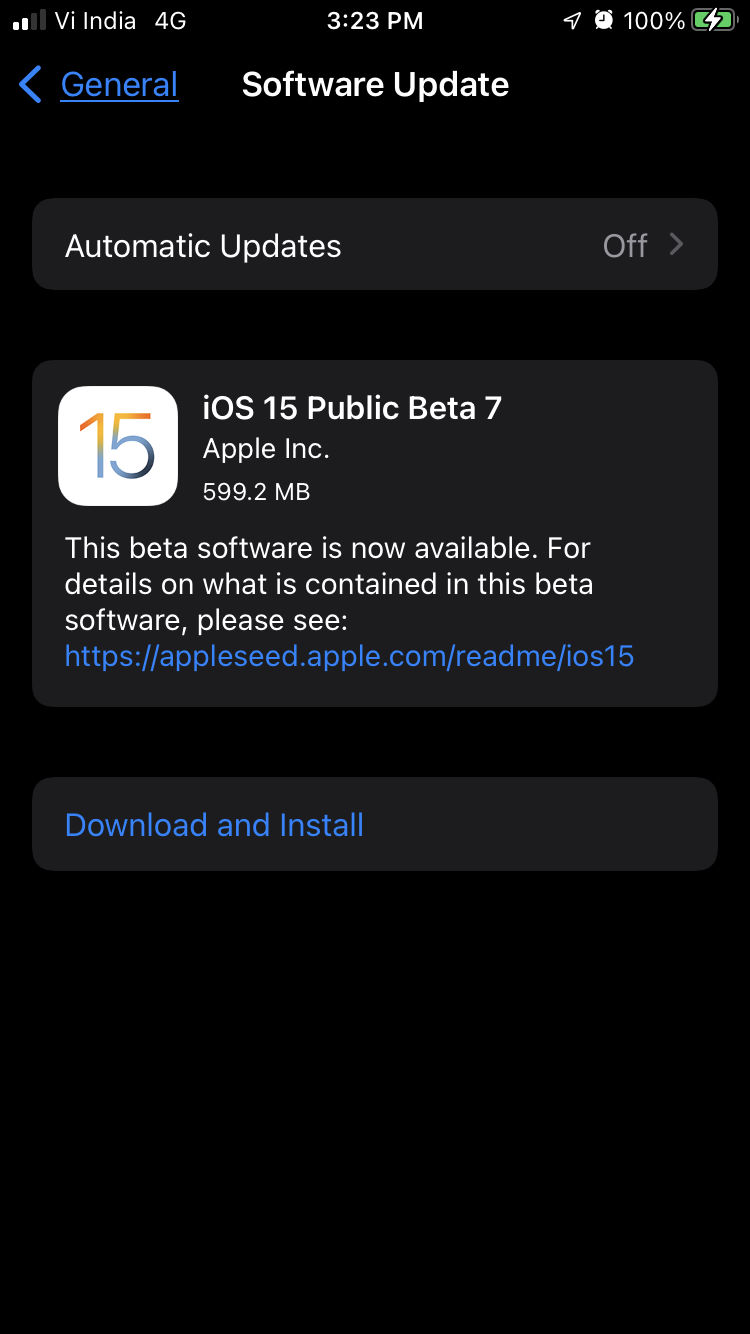 If you still haven’t signed up to the iOS 15 Beta Software Program, learn how to sign up and install the iOS 15 Public Beta on your iPhone. At this point in time, we can actually see how close the official release of iOS 15 is because of how almost bug-free the latest feels to be.

In contrast, if you aren’t a fan of beta software, we urge you to refrain from installing the same and patiently wait for the official rollout next month at Apple’s September event, where we will also witness the next-generation iPhone lineup, the upcoming iPhone 13 series.

If you do spot any changes in the iOS 15 Public Beta 7, please chime in the comments below. Thank you for reading.

Apple’s WWDC 2022 keynote kicks off today: How to watch and what to expect?