It’s already September and as the iPhone 13 launch inches closer, Apple released the iOS 15 Public Beta 8 to testers on Tuesday. The 8th Public Beta of iPadOS 15 is also out for those rocking the iPad out there. As usual, the beta release is coming to an end as the general release is just a couple of weeks away.

The latest build brings in refinements and fixes any niggles present in the previous build of iOS 15 Beta. You can read the full release notes of this beta here. To update your iPhone, go to Settings > General > Software Update. On our 2020 iPhone SE, the update weighs in at 469.1 MB. The build number of this new beta is 19A5340a. 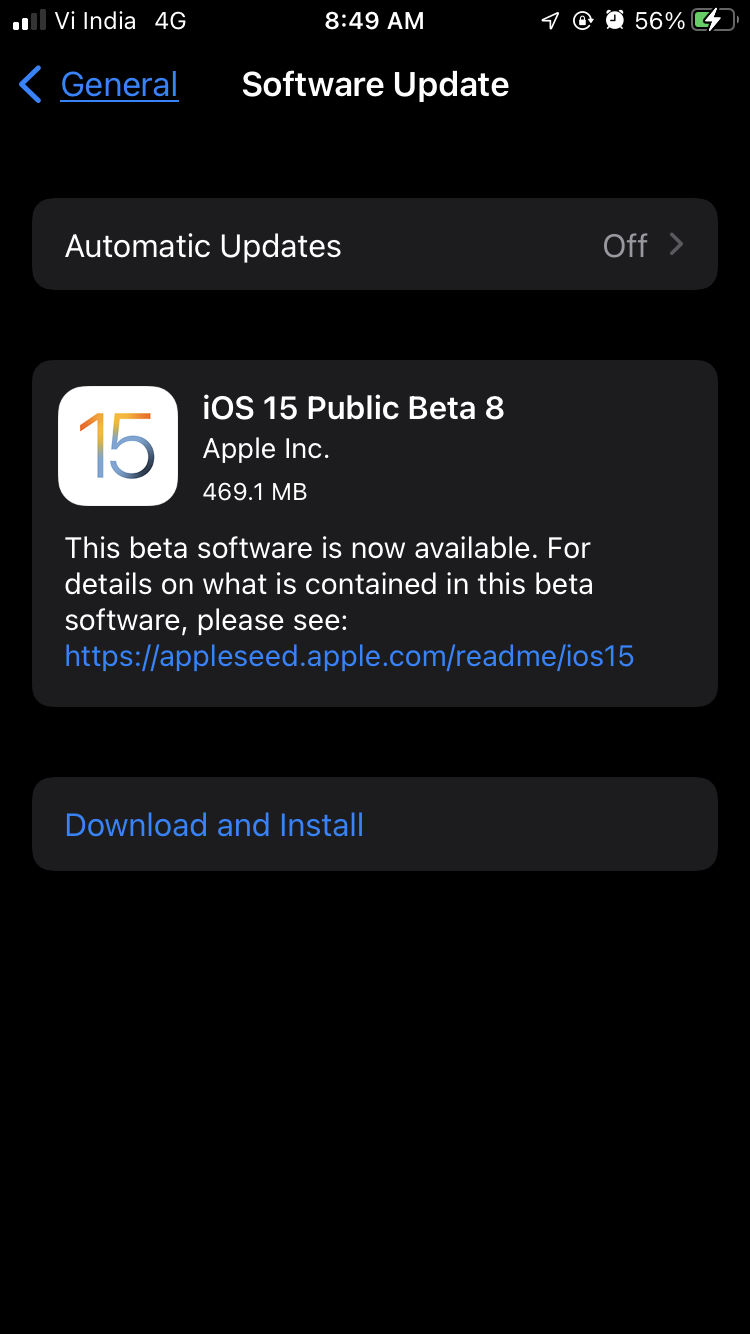 As mentioned above, the update brings in refinements and upon usage so far we haven’t encountered any noticeable issues. We felt the device to a bit more faster and fluid throughout. On that note, in the previous build and beyond, we have had slight issues with Touch ID failing to recognize our print at times and this build has completely fixed the issue.

All in all, this update is stable and we have no problem in recommending installing this build. For those who haven’t yet tried out the beta release, you can sign up and install the iOS 15 Public Beta or wait for a couple of weeks for the official release.

Anyways, by the looks of it, we can predict at this point in time that the next iOS 15 builds is going to be the GM release. GM stands for Golden Master which is considered to be the same official build that will be seeded to the general public upon release but only that it’ll be available to beta testers before the official rollout begins seconds after Apple’s September iPhone 13 event.

Speaking of which, the next-generation iPhone is just a couple of weeks away and we are as excited as you all. Stay tuned for full iPhone 13 and Apple September event coverage soon.